Debuts soon followed with the London Philharmonic Orchestra, the Sydney Symphony, the Philharmonia, the Hallé, Ensemble 10:10 and the London Mozart Players – all of whom offered further invitations.

Matthew has a great interest in all forms of music and art forms and has collaborated with Rosas Dance Company and Ictus Ensemble, innovative rock bands These New Puritans and Efterklang and has worked with Wynton Marsalis and the Lincoln Center Jazz Orchestra.

Matthew began his musical career as a horn-player and after studying at the Sydney Conservatorium of Music he performed regularly with the Australian Chamber Orchestra, the Brandenburg Orchestra, the Tasmanian Symphony and the Sydney Symphony.

Initially self-taught as a conductor, Matthew auditioned for Seiji Ozawa and was invited to the Tanglewood Music Festival where he worked with Jorma Panula who became his principal conducting teacher. The following year he attended the Aspen Music Festival where studied with David Zinman. For two years, Matthew was Junior Fellow in Conducting – under Sir Mark Elder – at the Royal Northern College of Music. He was a finalist in the Maazel-Vilar Conducting Competition, a fellow of the Allianz International Conductors’ Academy and a prize-winner at the Georg Solti Conducting Competition.

He has collaborated with artists such as Sarah Chang, Freddy Kempff, Steven Osborne, Yevgeny Sudbin, the Jussen Borthers, Roderick Williams, Emma Matthews, Elena Tokar and Pieter Wispelwey and has recorded for Classic FM and for Naxos Records. 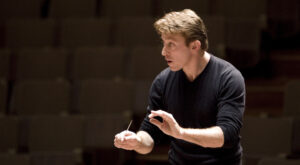 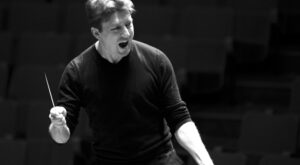 “Coorey’s direction was first rate, the gently overlapping melodies balanced and drawn with translucent finesse into a single, seamless arc of dreamy romance and operatic tension ... This was a superlative performance.”

“At the podium was Matthew Coorey… this was his U.S. debut and an auspicious one it was… The Seattle Symphony played in an exulted manner.”

“Barely half-an-hour of music, but it was flung out with such intensity it seemed more nourishing than many concerts four times the length.”

“Hugely exhilarating ... Coorey has the capacity to fine-tune an orchestra and get it to play with both weight and precision ... superb”